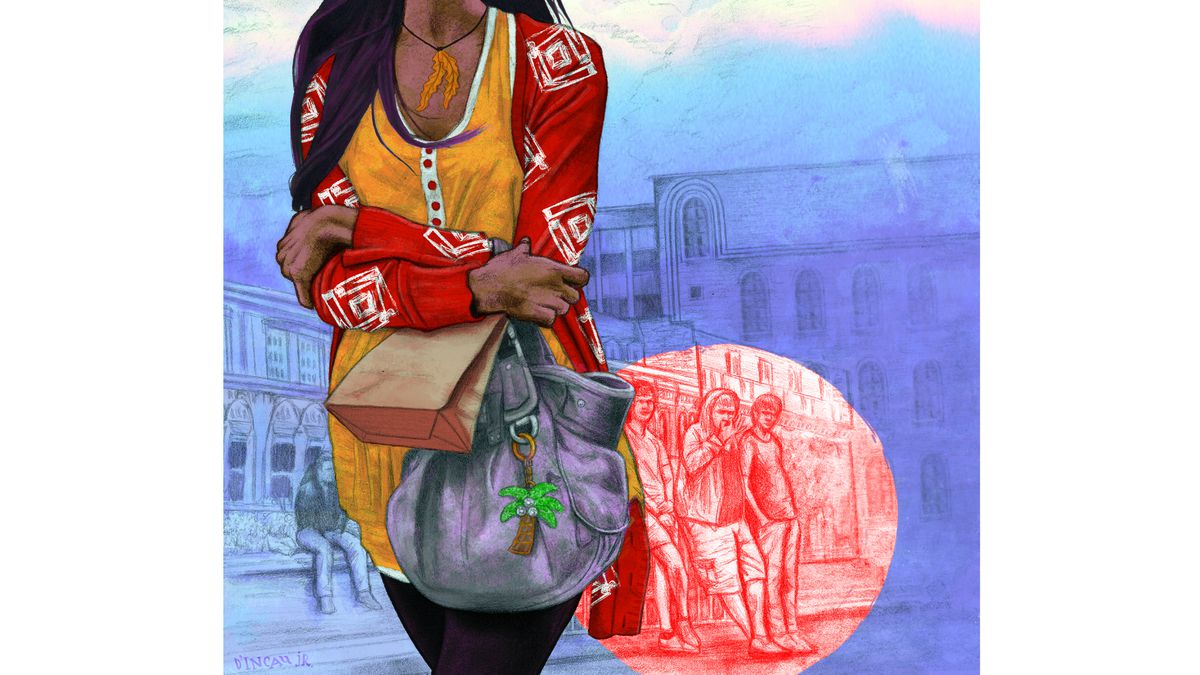 In an ‘ideal world’ in which feminism and anti-racist activism has succeeded, hopefully most of the population would have a better mindset. Societies would instill better ideals, beliefs, and values. Women could assert that their role in life is not limited to motherhood or being a care-taker. A woman’s value would not be based on living up to the standard of being a “perfect” wife and/or mother. Instead of being pressured to get married off young and have children, girls could explore their passions. Women and minorities would take on more leadership positions at jobs and get significantly better pay. Using women for sex, cheating on women, and abusing women (physically and emotionally) would become less glamorized in pop culture. These actions would not be seen as tokens of manhood. Also, the words of a woman would also be taken more earnestly. For example, women’s concerns about their health would be taken more seriously within the field of healthcare. Doctors would not dismiss them as being overly-dramatic or ‘crazy’.

Within this ‘ideal world’ my lifestyle would be slightly different. From a young age, girls are taught to always keep their ‘guard up’ and stay alert around men they do not know from the fear of being attacked. As a petite woman, I would not have to be in a constant state of anxiety when commuting to/from work and/or school. Also, during warm seasons, I could wear more ‘revealing’ clothing such as shorts and dresses without being sexually harassed and catcalled by strangers on the street. When scrolling through social media pages, I would not have to see so many derogatory posts and comments about women-especially black women. When entering a beauty supply store, I would not be followed around while browsing because its assumed based on my skin complexion that I am a thief. The state of my life would be much more peaceful.

If I woke up one day and feminist and anti-racist activism had succeeded and we lived in a more egalitarian and less oppressive world… Things would be incredibly different. There would be more women and people of color in positions of power which would immediately change… everything? Women and POC would be paid fairly for the work they do as opposed to getting paid less for the same work or harder work than white men.  Women, POC, and queer people could exist and present themselves however they felt comfortable without worrying about their safety or being scrutinized.  Women would feel less of a need to be hyper aware of their surroundings because men would feel less entitled to women’s time, attention, and bodies.  On a personal level, I would see a major shift within my work environment.  I am the general manager of a restaurant in West Village and it is difficult to always function in the space of presenting myself to guests as welcoming, but not so welcoming that men feel lead on or entitled to my time, while also remaining professional but not so stoic that men accuse me of having a bad attitude.  I wouldn’t have to be so alert and aware of how I’m portraying myself and how I’m being perceived at all times.

In the perfect world, woman would have the same opportunities as men. Not based on gender. Promotions to a job well done, not because of their genitalia. In a perfect society I can picture the same rights. Woman taking control over stereotypical male “jobs”. Men getting paid more than females would come to an end, and it can be equal pay for everyone that does the same amount of work. In a ideal place everyone can wake up with the same treatment as the opposing gender.

Hey Queens ! Let’s talk on the what if’s in life . Imagine a world where life was actually fair and I mean FAIR FAIR ! Where everyone treated you like you were the “man” . Imagine waking up one morning and you’re watching the news and there’s a female president and the world is totally fine with it . Going on social media and woman being capable of doing isn’t a controversial topic . You might think to yourself “ Girl so what ?” . So wouldn’t be nice to live in equality and have no one question you . Being able to do whatever your heart desired politically and to take a stand and having more people backing you up than giving you negative whiplash that’s everything to me at least but in all honesty it should be to you to . Going to school and you’re classes are evenly divided between girls and boys , having debates in class and people having valid arguments and not being sexist because of your gender wow ! . Now I’ve always said I’m not a die hard feminist but it sure does grind my gears when people assume the gender I am has anything to do with what I can do. Never seemed to understand the correlation between the two . Well listen here Queens a day where equality for all isn’t so far fetched one of these days we will till then let’s achieve greatness because after all I think Beyoncé said it best when she asked “ Who run the world ?! ” GIRLS

that’s all for Queens Talk later

The world would looks like every opportunity for women seems so easy for them to achieve. I will see a world with women celebrating every day as victory and having chances to fulfil their dreams as men can do. Women would not sit behind the men and they should not follow their order every-time where it is not appropriate. I will wake up with a day where I could see that my career dreams are front of me and every single day is my step to reach onto that. Inequality between men and women is not a real obstacle that stand on my way. The word “success” would really matter for me in this case. “Success” to me means doing what I love to do every day, while making a positive impact on others and achieving wealth at the same time, without sacrificing my personal life and freedom. To me it comes down to doing what you love, what you’re good at, what you’re passionate about and then feeling valued for doing it. Success was about having the freedom to live by your values. I would see change in Western society, including women’s suffrage; greater access to education; more equitable pay with men; the right to initiate divorce proceedings; the right of women to make individual decisions etc.

In a world where  feminist and anti-racist activism has succeeded and we live in a more egalitarian and less oppressive world we would see a much more diverse and harmonious society. In this Utopian scenario I would see a lot more females perusing more stereotypical male jobs, perhaps more males doing stereotypical female jobs. I think that topics such as wage gap would disappear, perhaps even gender roles would cease to exist. crimes such as rape and domestic violence would decrease. My day to day might be different who knows? Perhaps instead of boxing class i would attend dance class or do something society would deem as more feminine leaning. This is a great scenario but one that is unattainable hence the U in Utopia (no place). 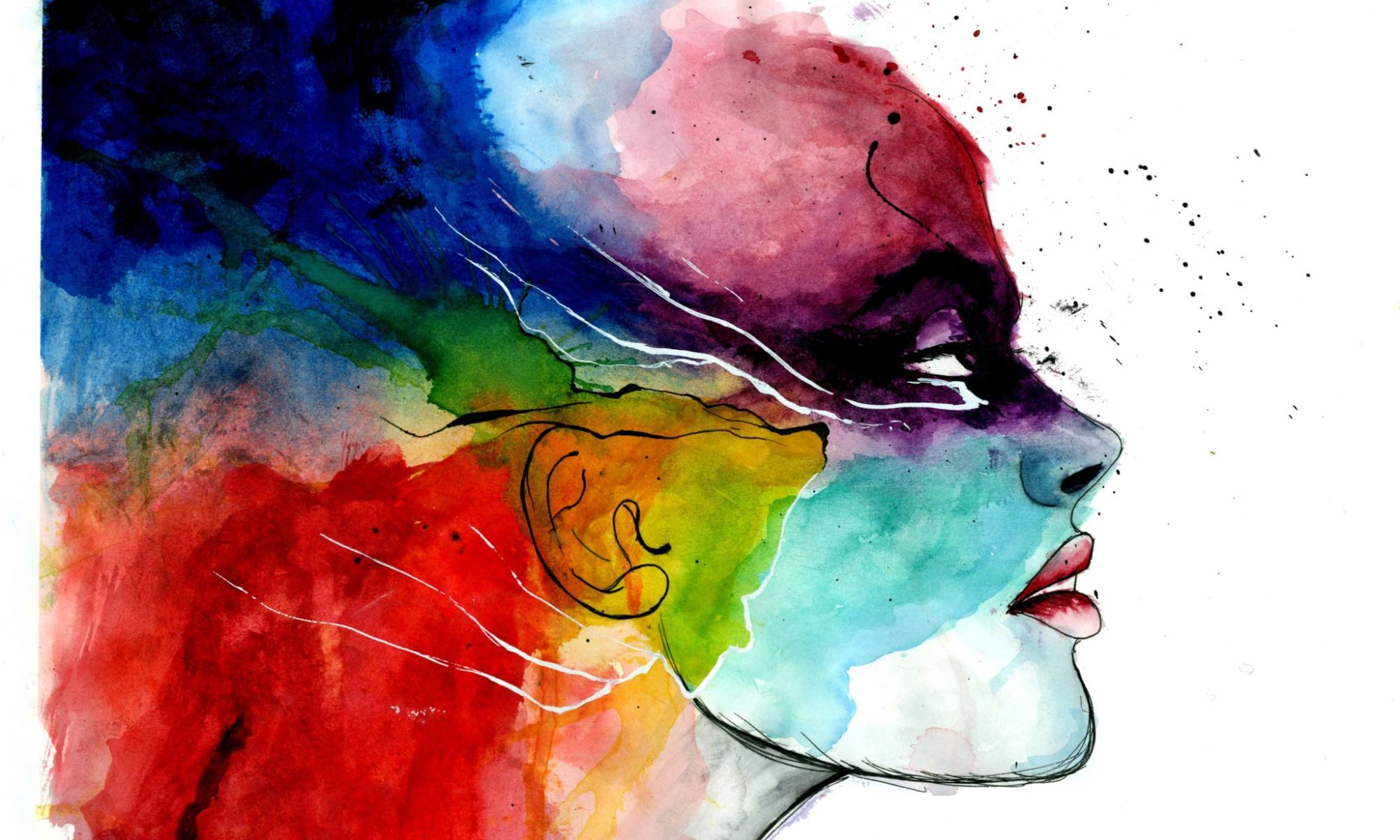 In a utopia life would be very different. I would be able to walk around freely without having to think immensely about my surroundings. I would not need to walk with items on my body to protect myself. I would be able to go out at night without fear of the possibility of dying. I would wake up and not have to worry about what I am wearing and how a man might be perceive the way I’m dressed. I would wake up and not have to fear the way cops would see me when I’m walking somewhere. I would not be uneasy in the presence of the police. In a ideal world I would not be refused a place to live because of the color of my skin and texture of my hair. I would not experience racism in my day to day life, or see others be discriminated against because of their religion. the earth would not be in the mess that it is in currently.

Living in a ideal world where feminism and anti-racist activism has succeeded, in a less oppressive world. Women would be seen as equal and I would start my morning by not seeing how men are supposed to work and the women of the house are supposed to clean all the time. My job as a cashier would be very different because there would actually be the same amount of men working as cashier. Everywhere that you go shopping there are rarely any men working as cashier, it is always seen as a women’s job.

If there was an alternative universe where racism and sexism was gone because of the civil rights movement and the feminist movements of the 60s. I think that the country would be divided into different countries. If their movement was pushed further to people that opposed it would not be supporting it. I think they would all get together and form their own country. This would make one country where it the movements succeeded, while another country is formed where hate and discrimination is present. 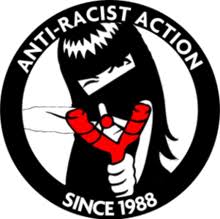 If an anti-racist world exists, I would not have to be turned to the side after waiting 20 minutes at the car service office for a white family to take the first car available. I would not have to look twice as hard for a job that would be easily given to another person, even if I am more qualified. I would not be followed in a store or be seen as a person who may not afford something. I wouldn’t worry so much for my brothers being out at night and not coming home or getting injured because of their skin color. Women working hard would have the same opportunity to move up and get promotions. I would wake to go to class and get on the public transport without everyone staring to watch what I will pull out my pocket or my bag. I would be treated like a normal person and because of the anti-racist world I won’t be stared at. I think my job would be filled with more smart and capable women, with more women in power.